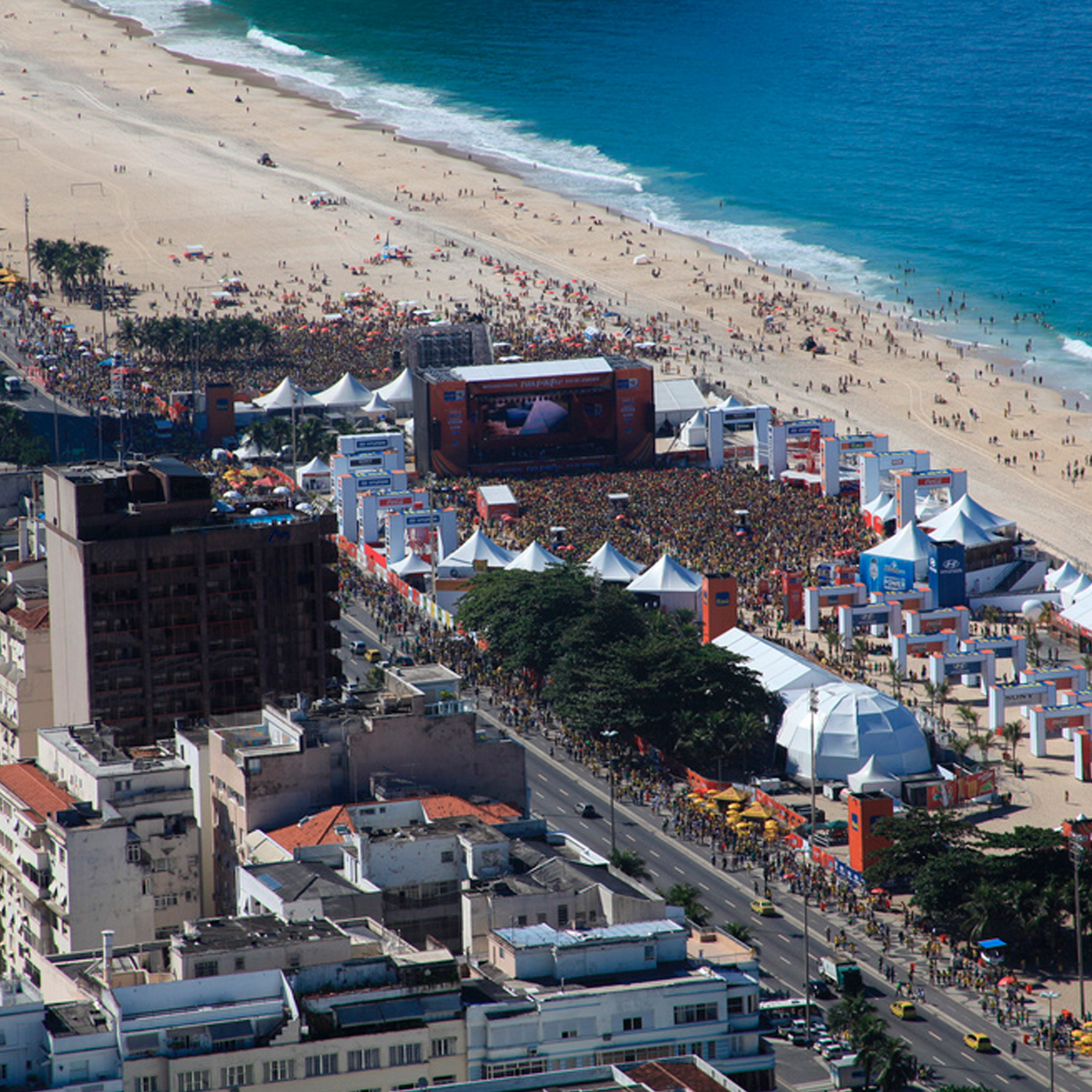 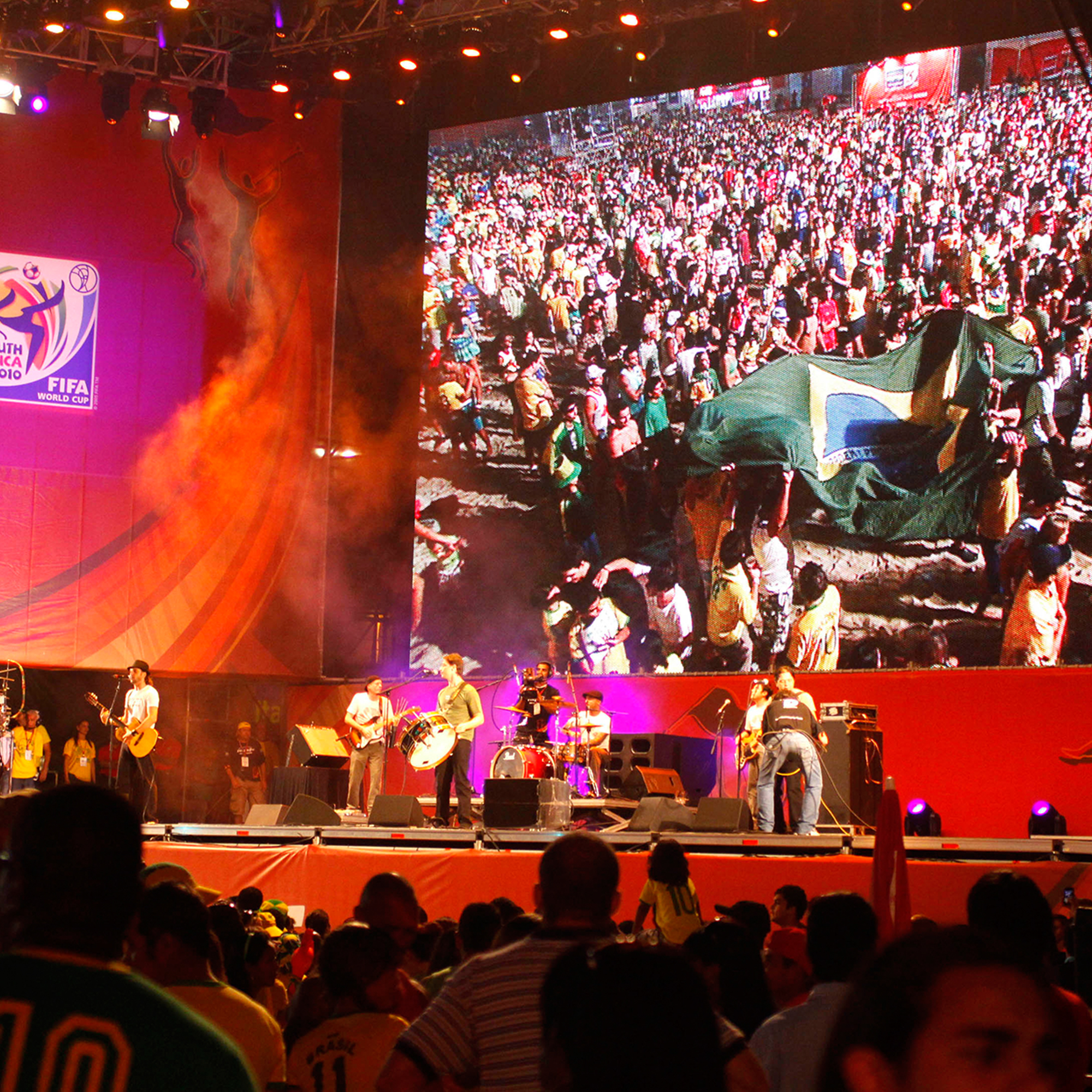 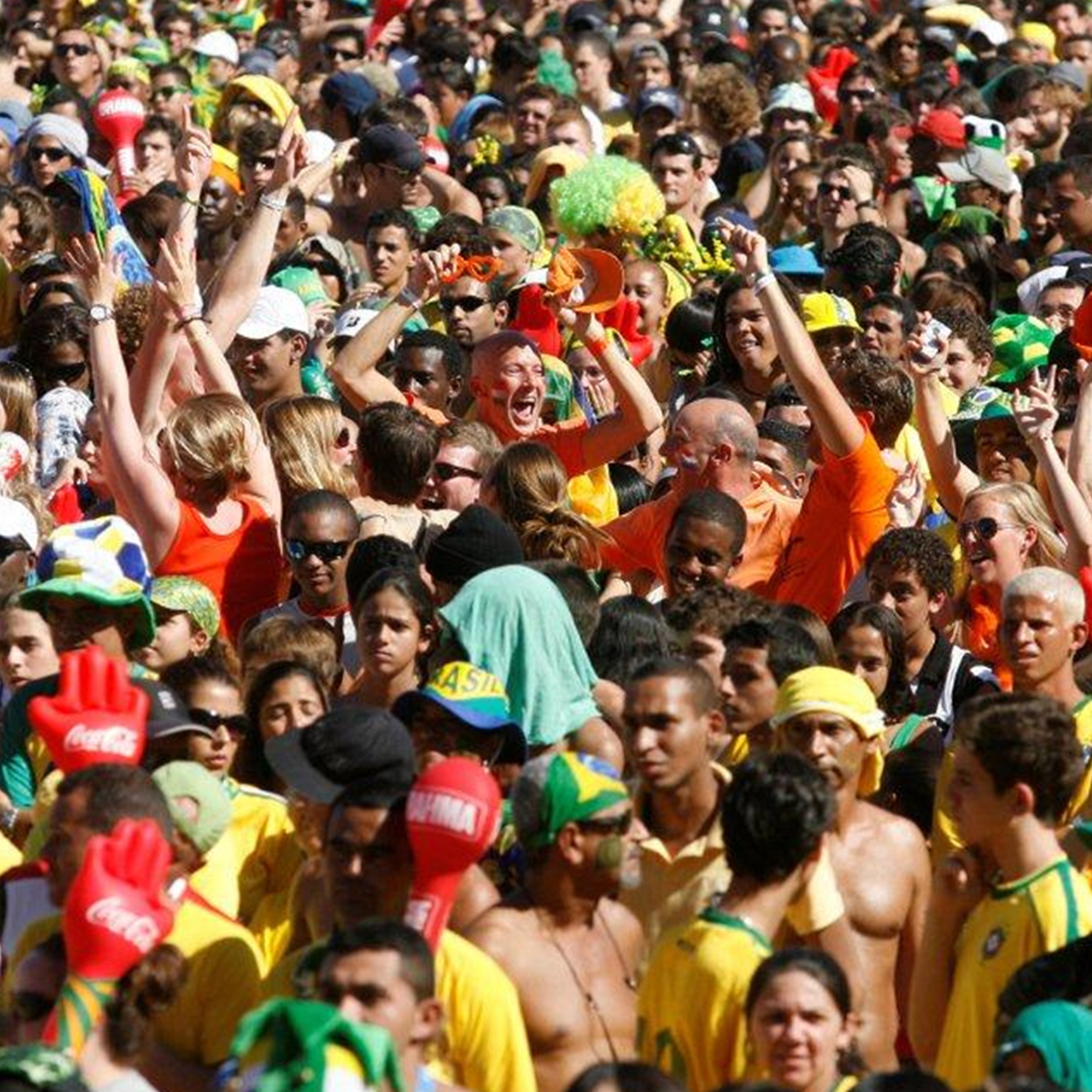 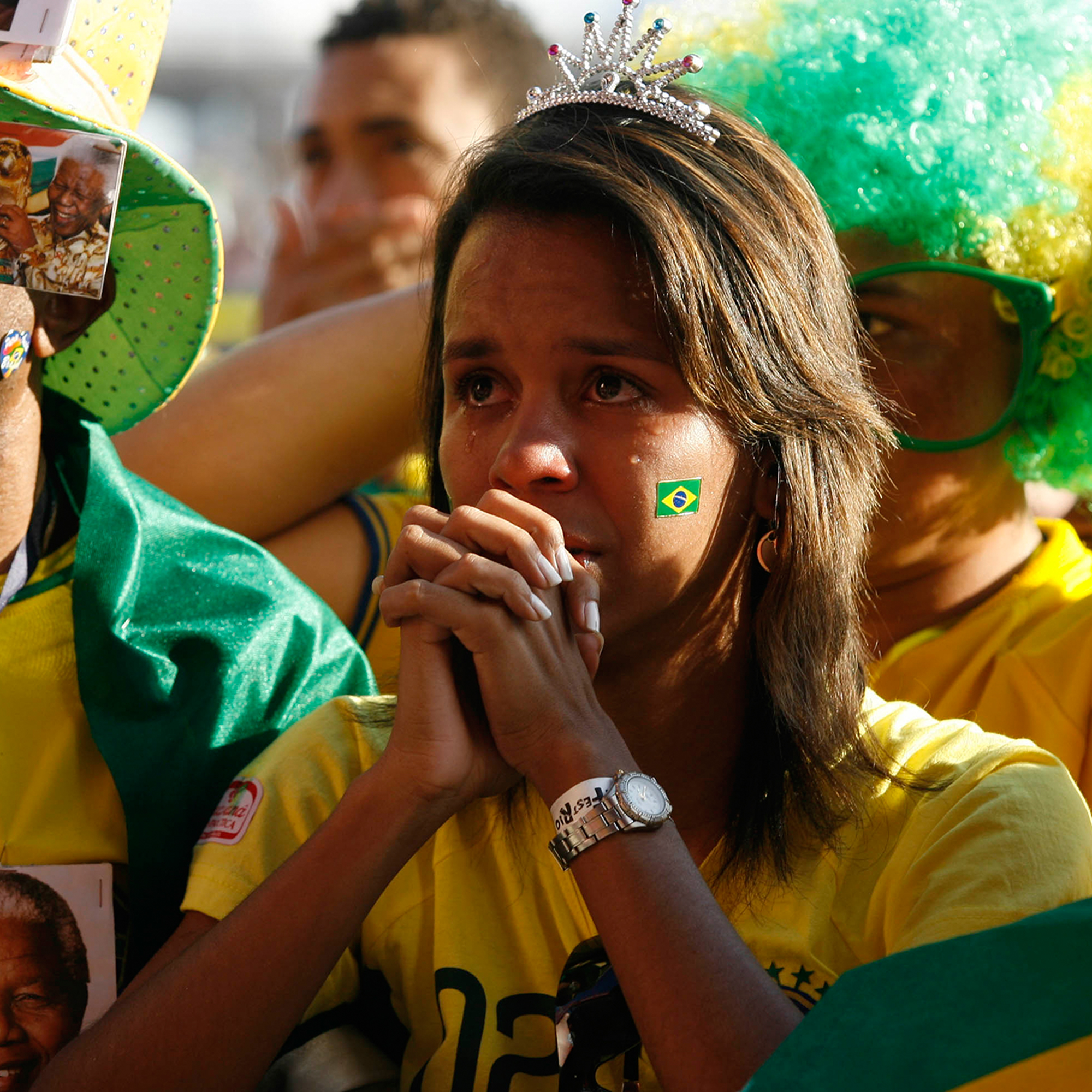 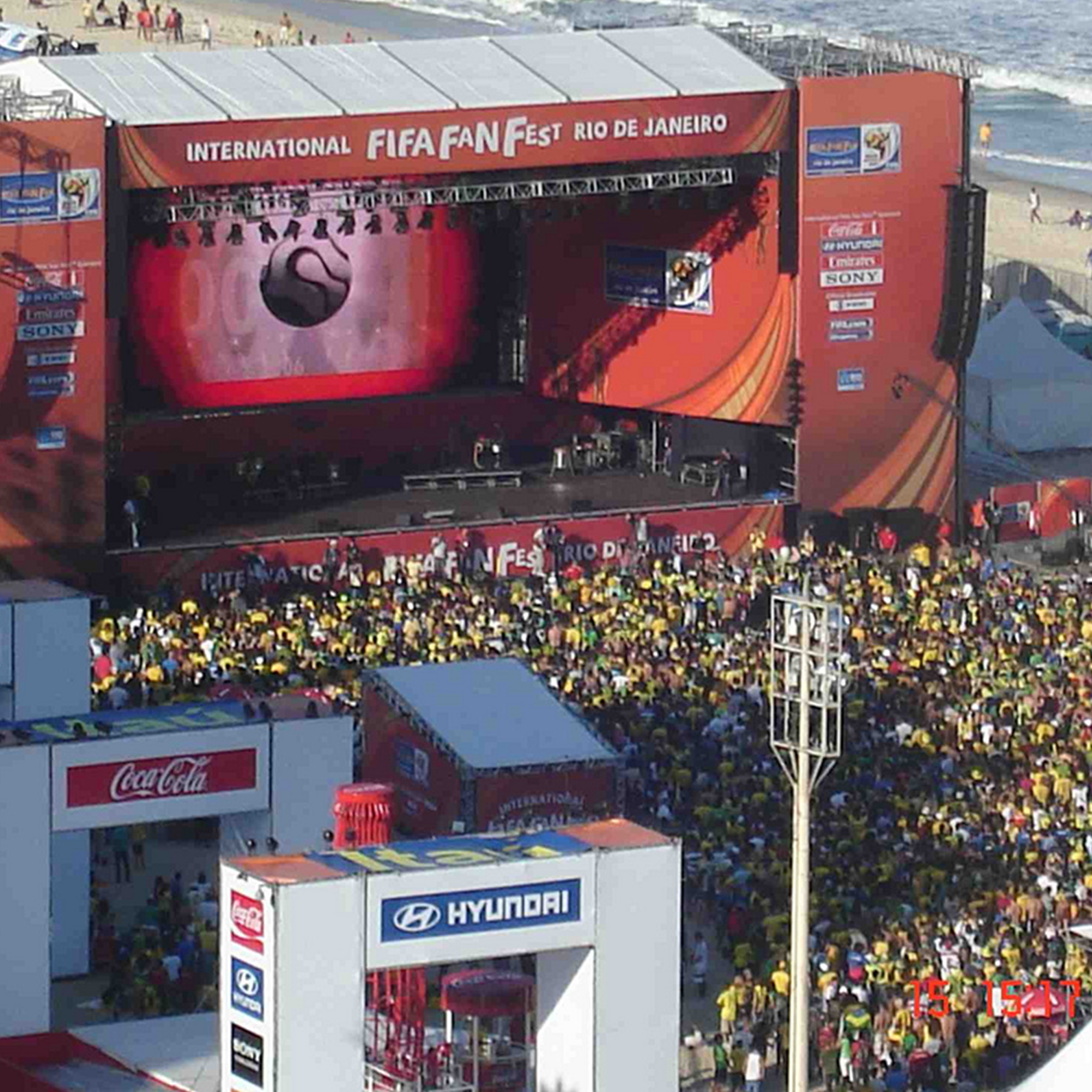 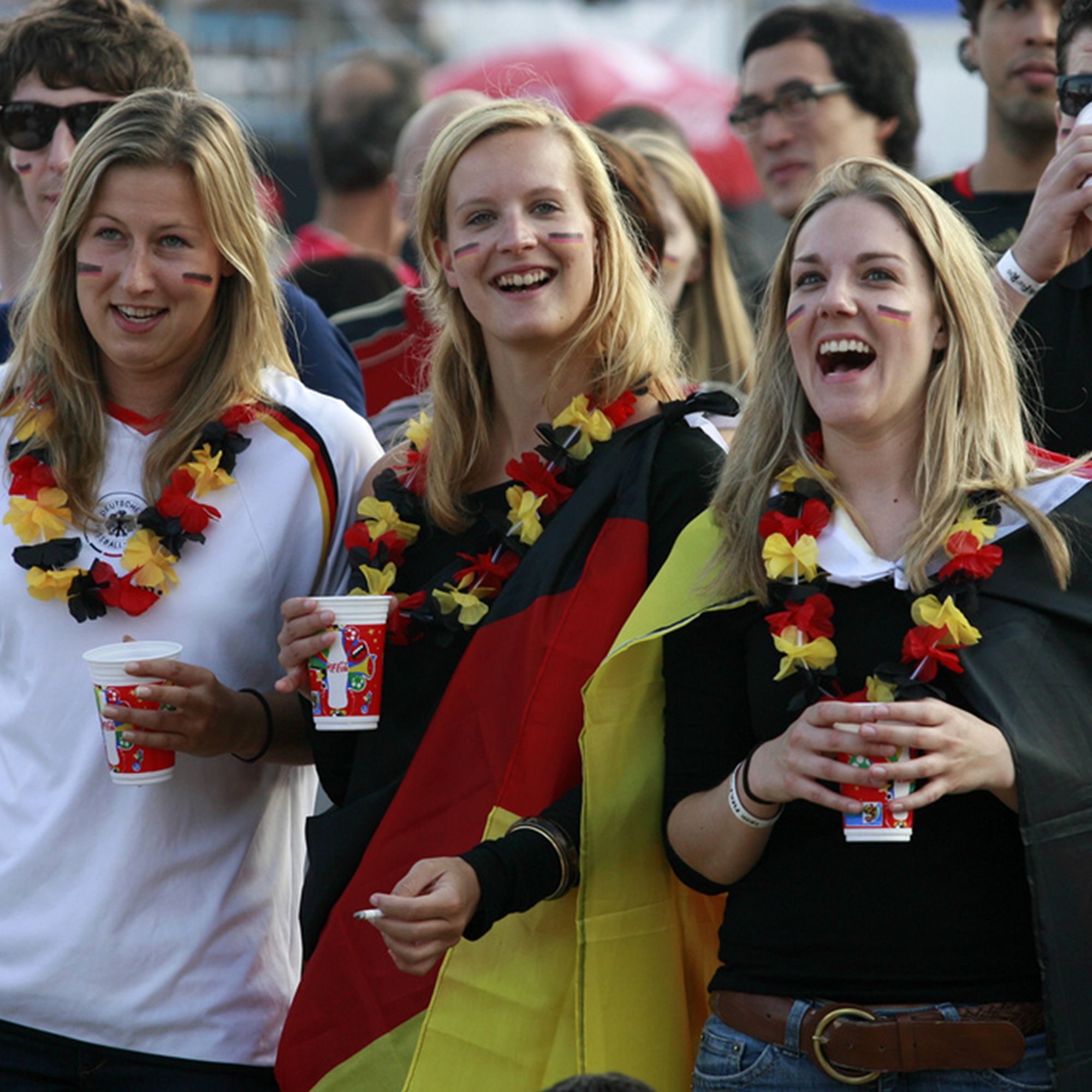 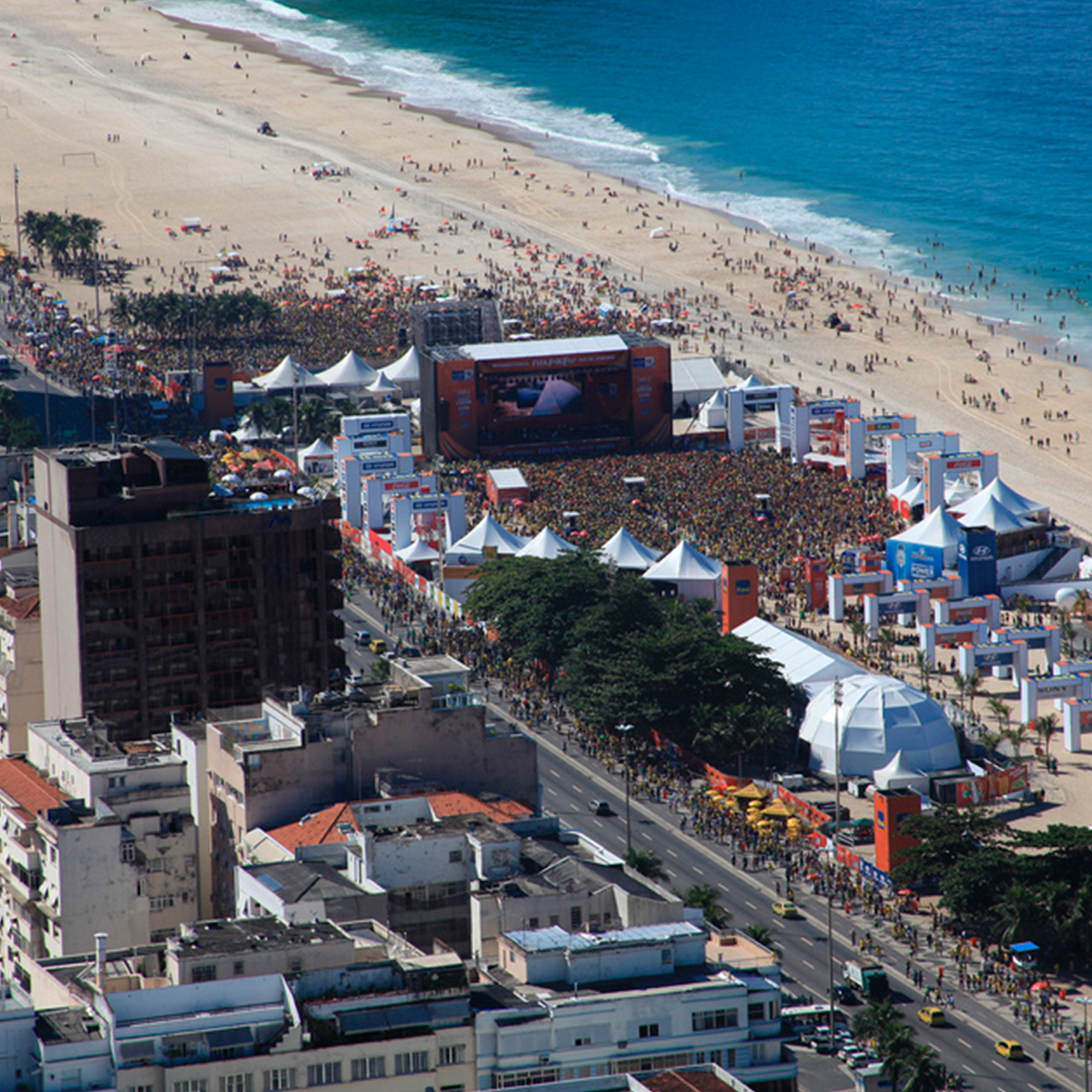 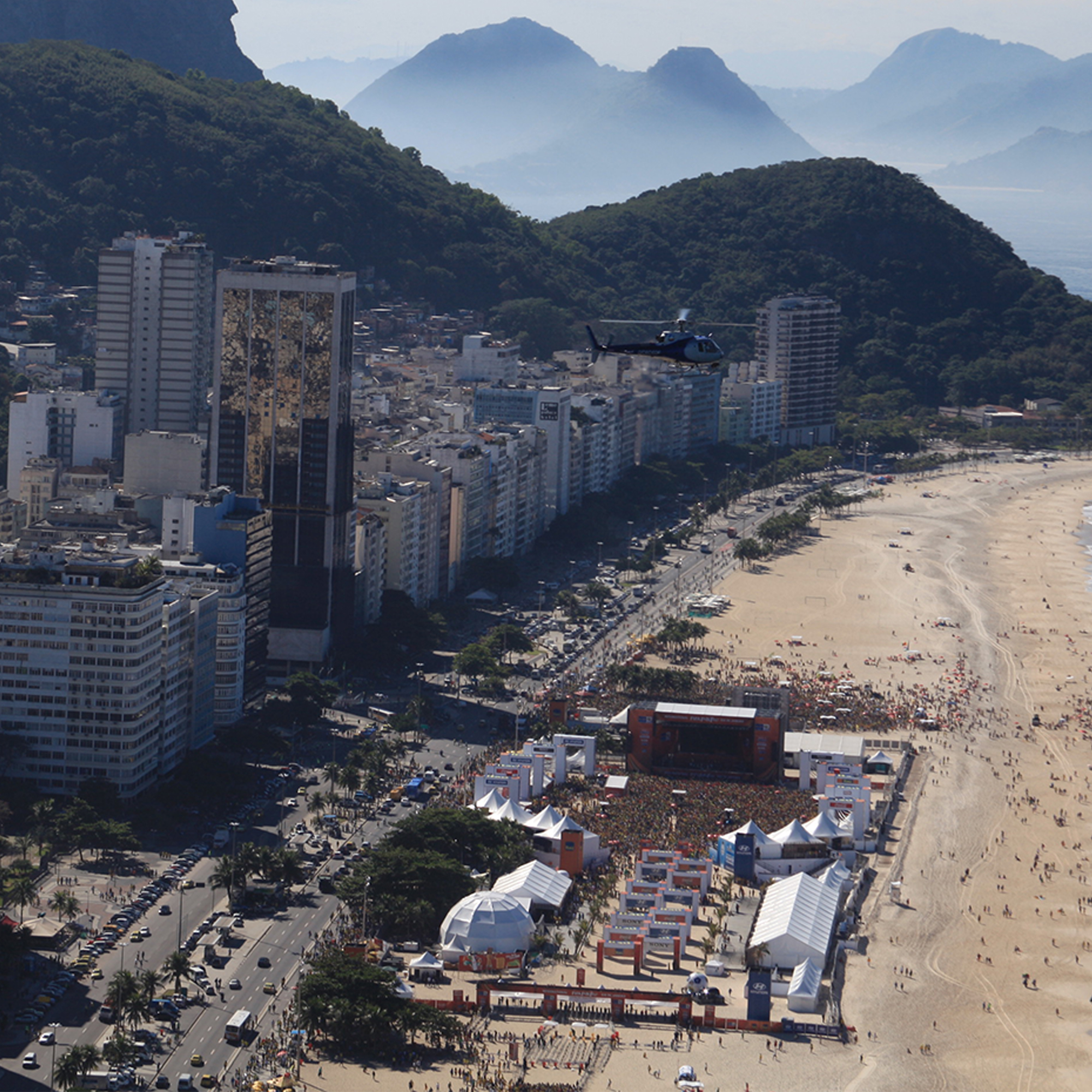 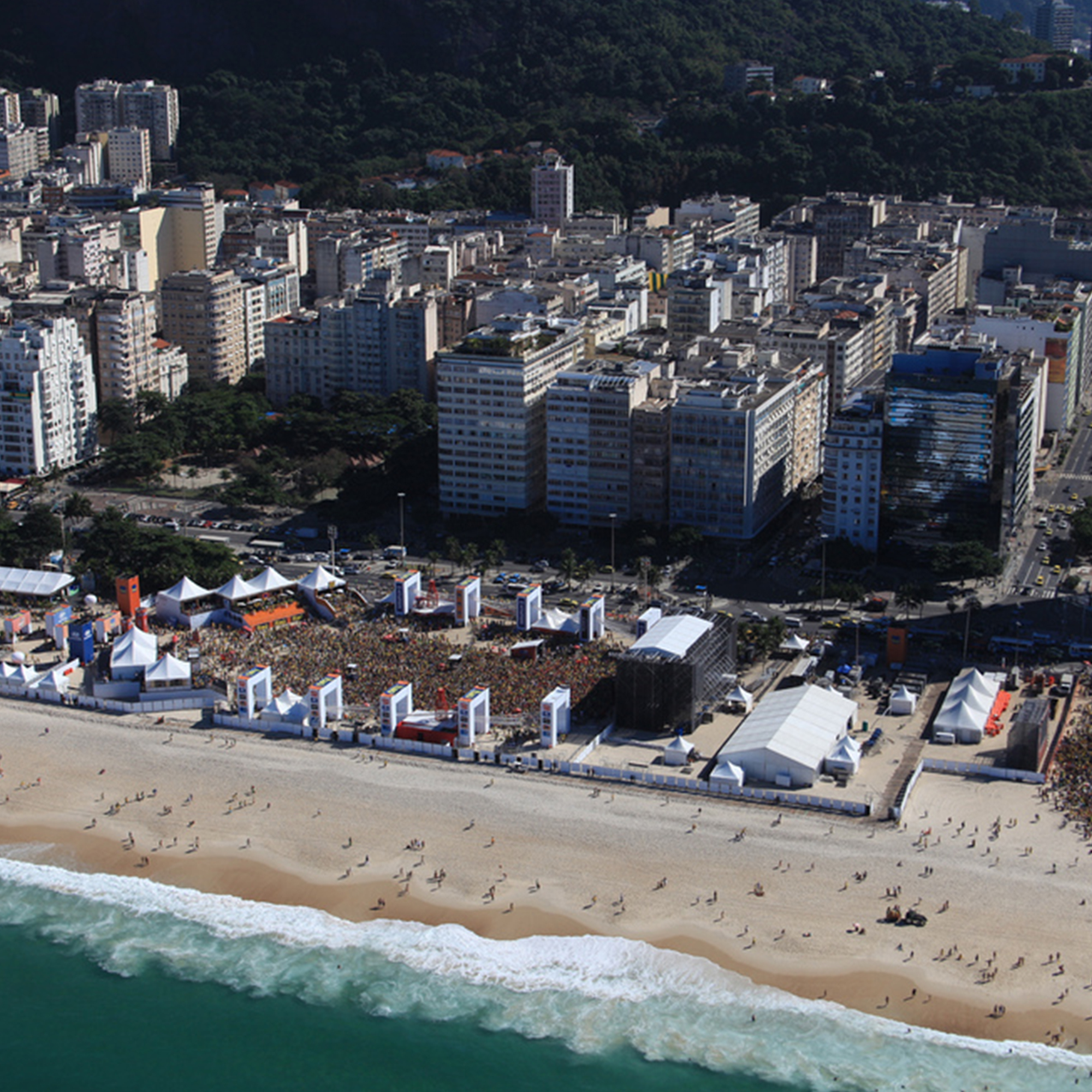 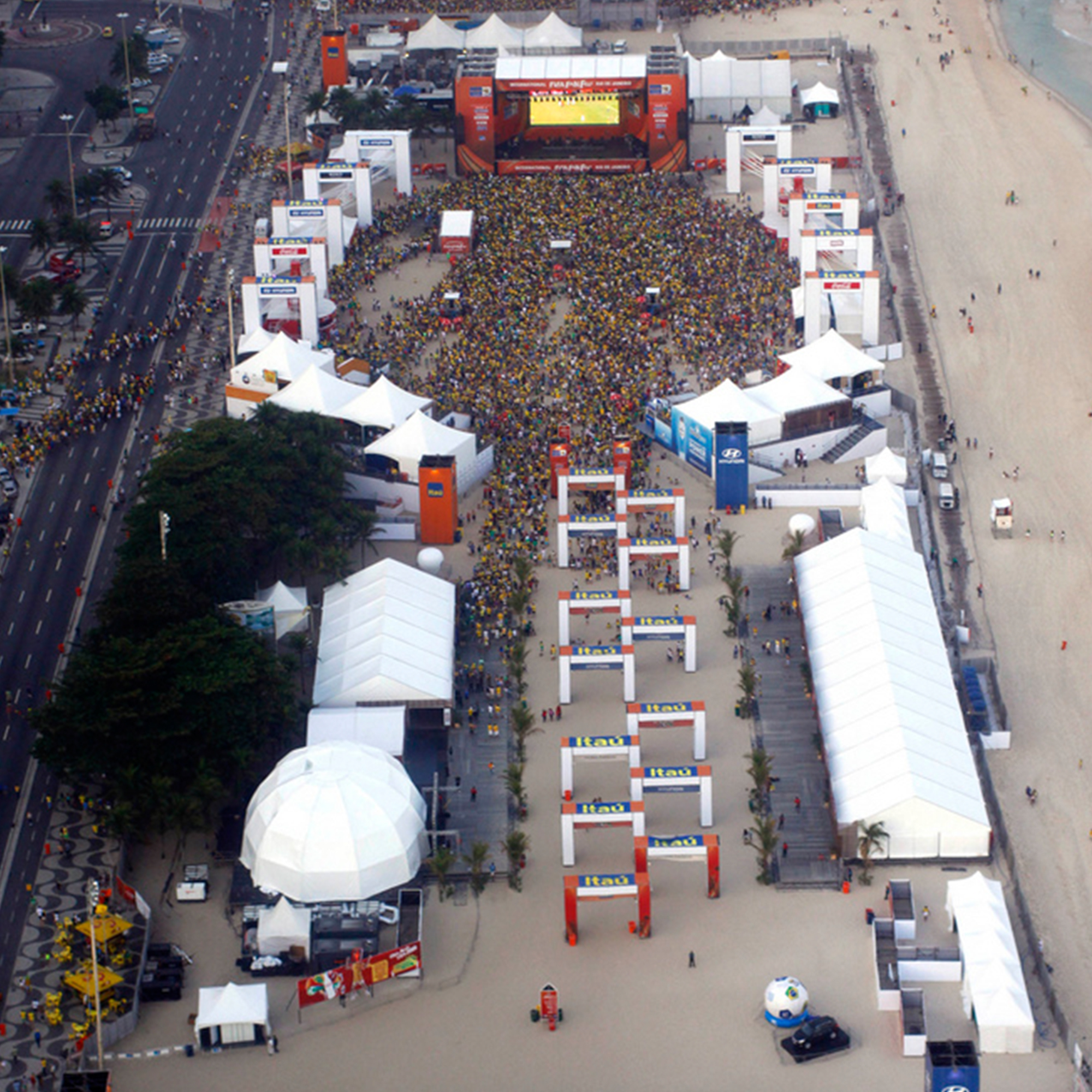 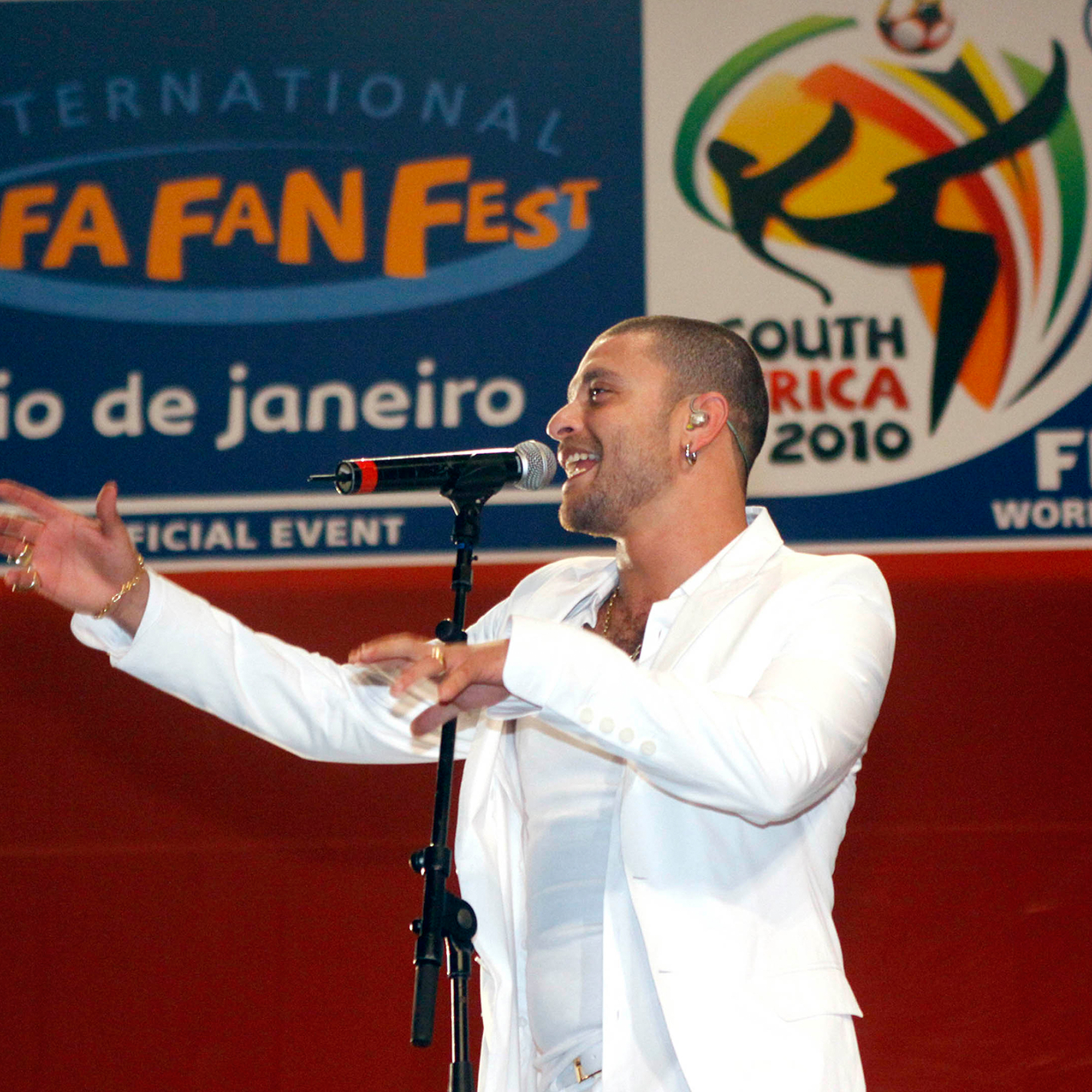 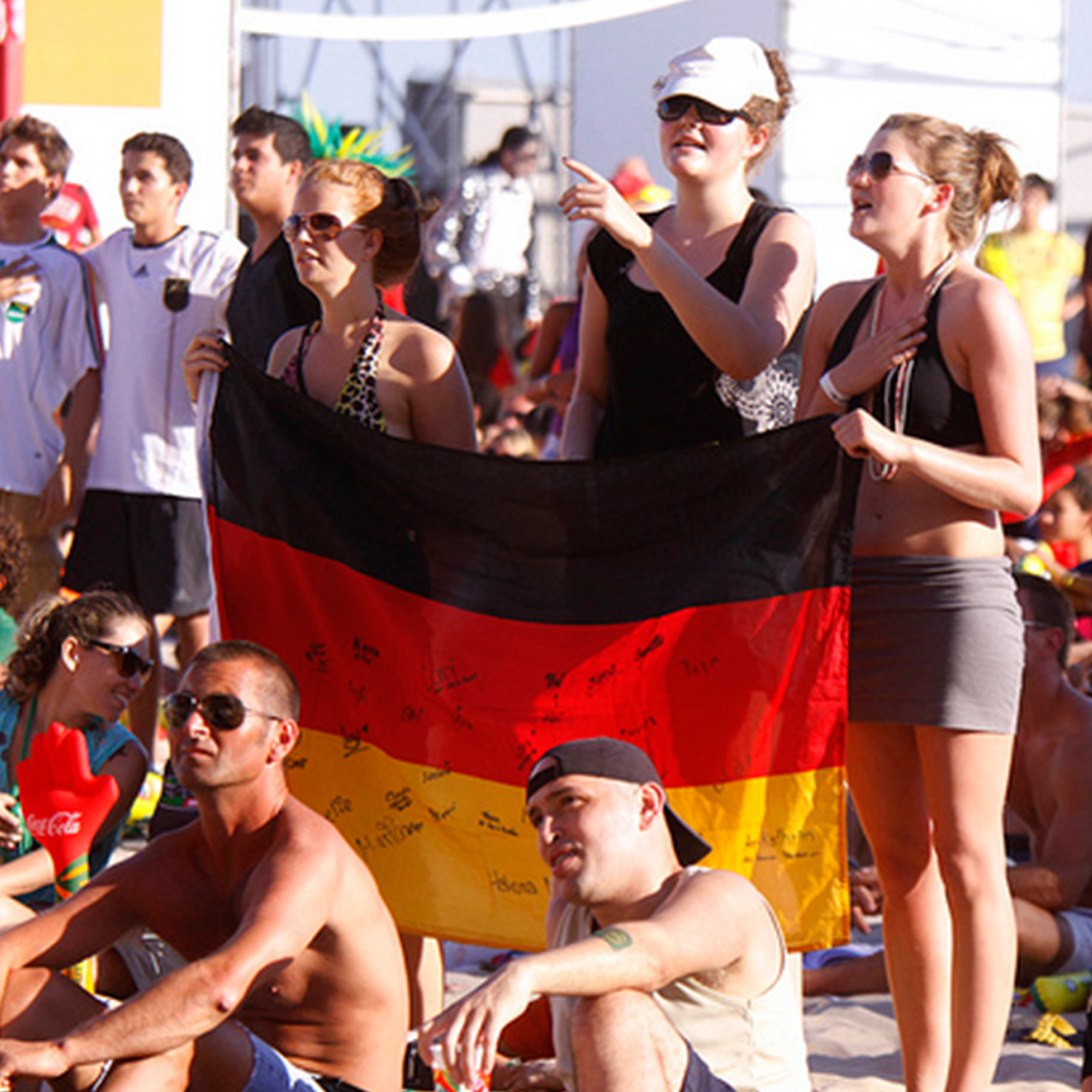 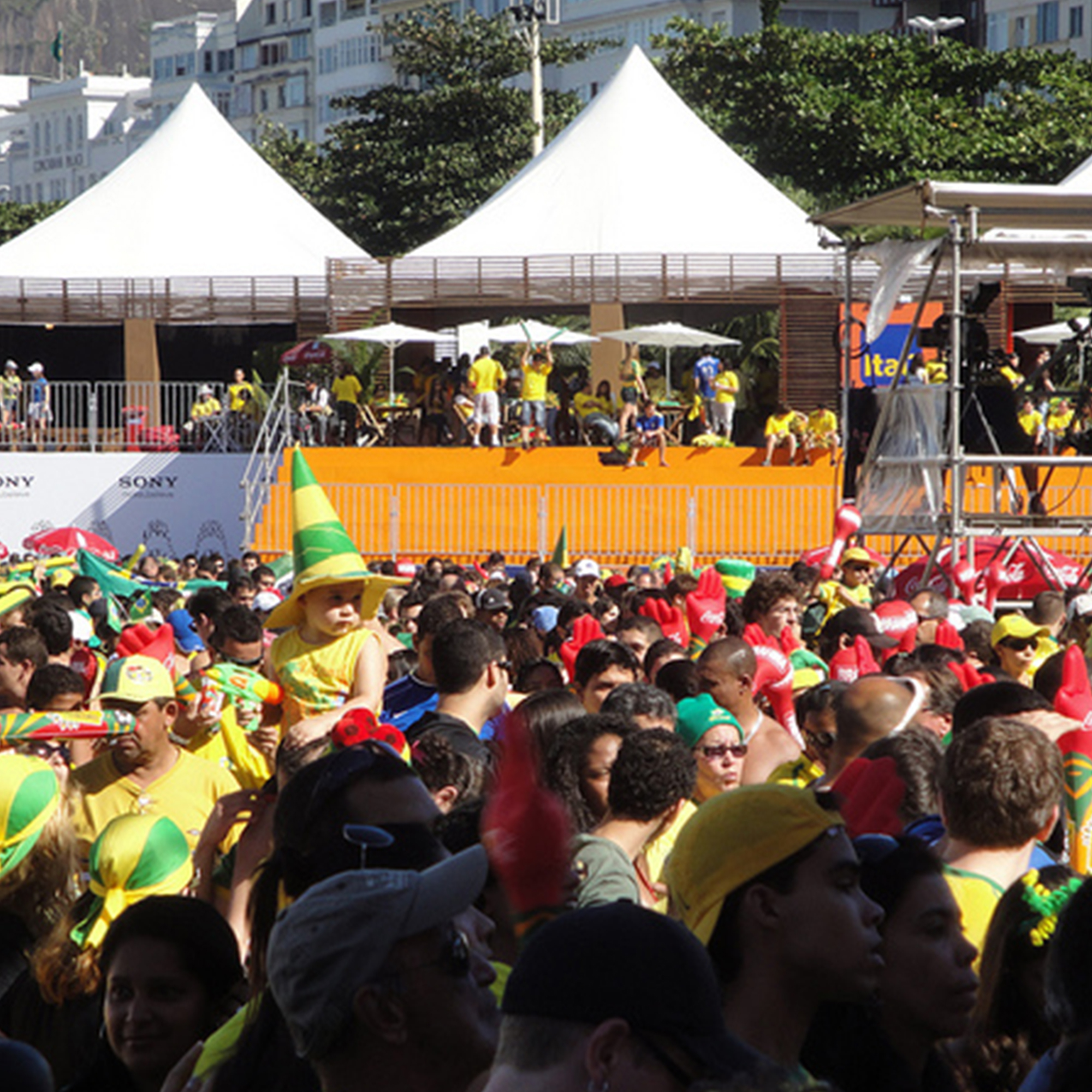 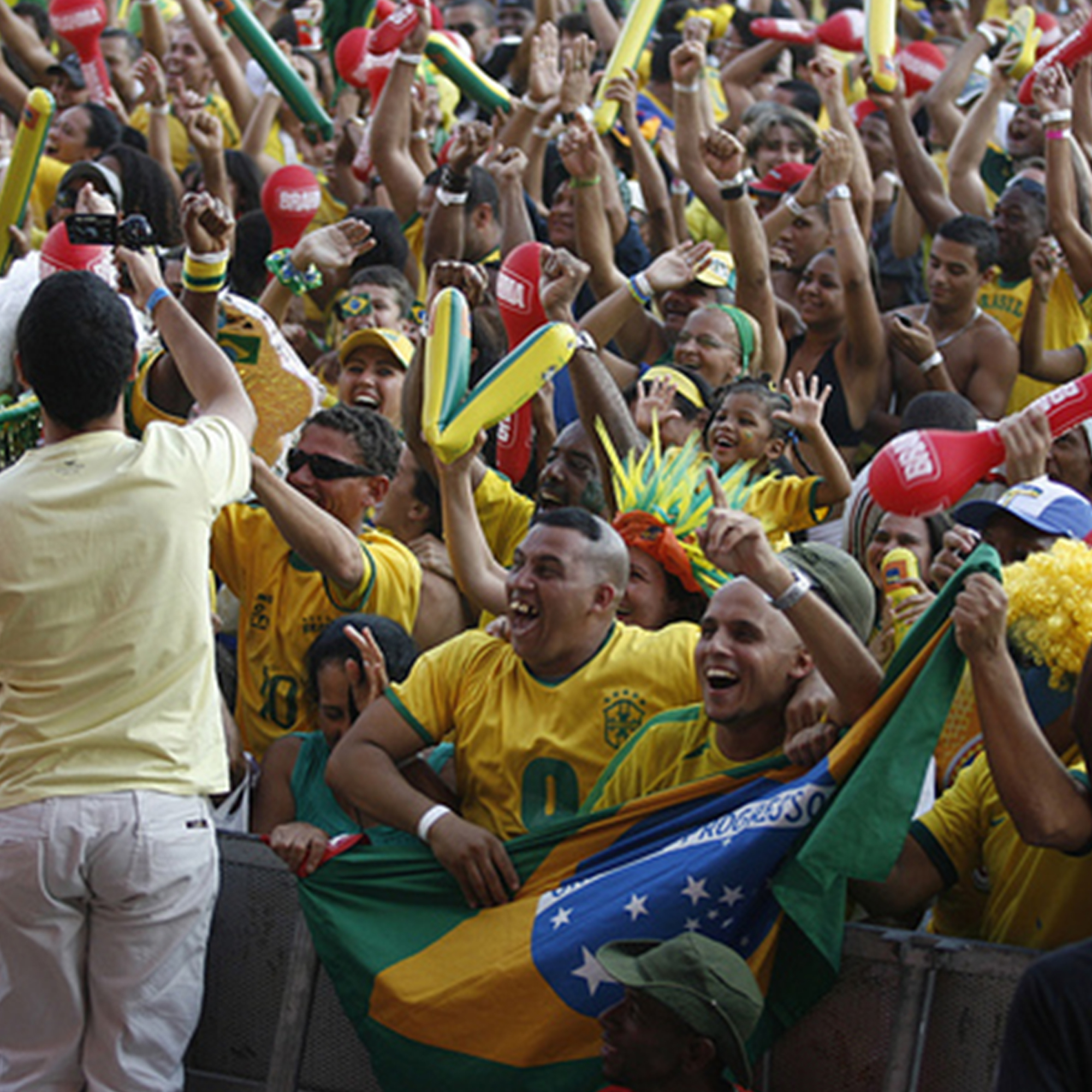 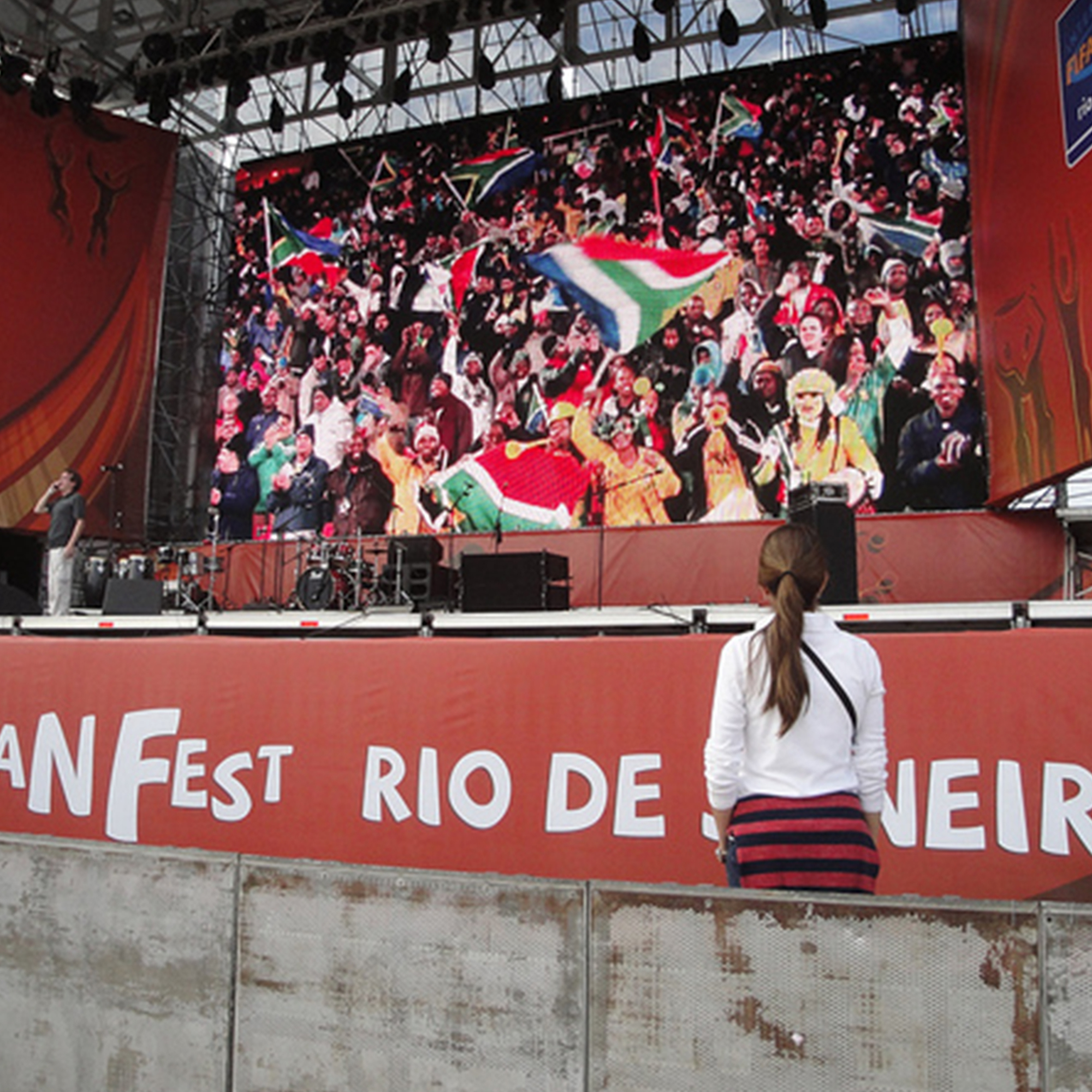 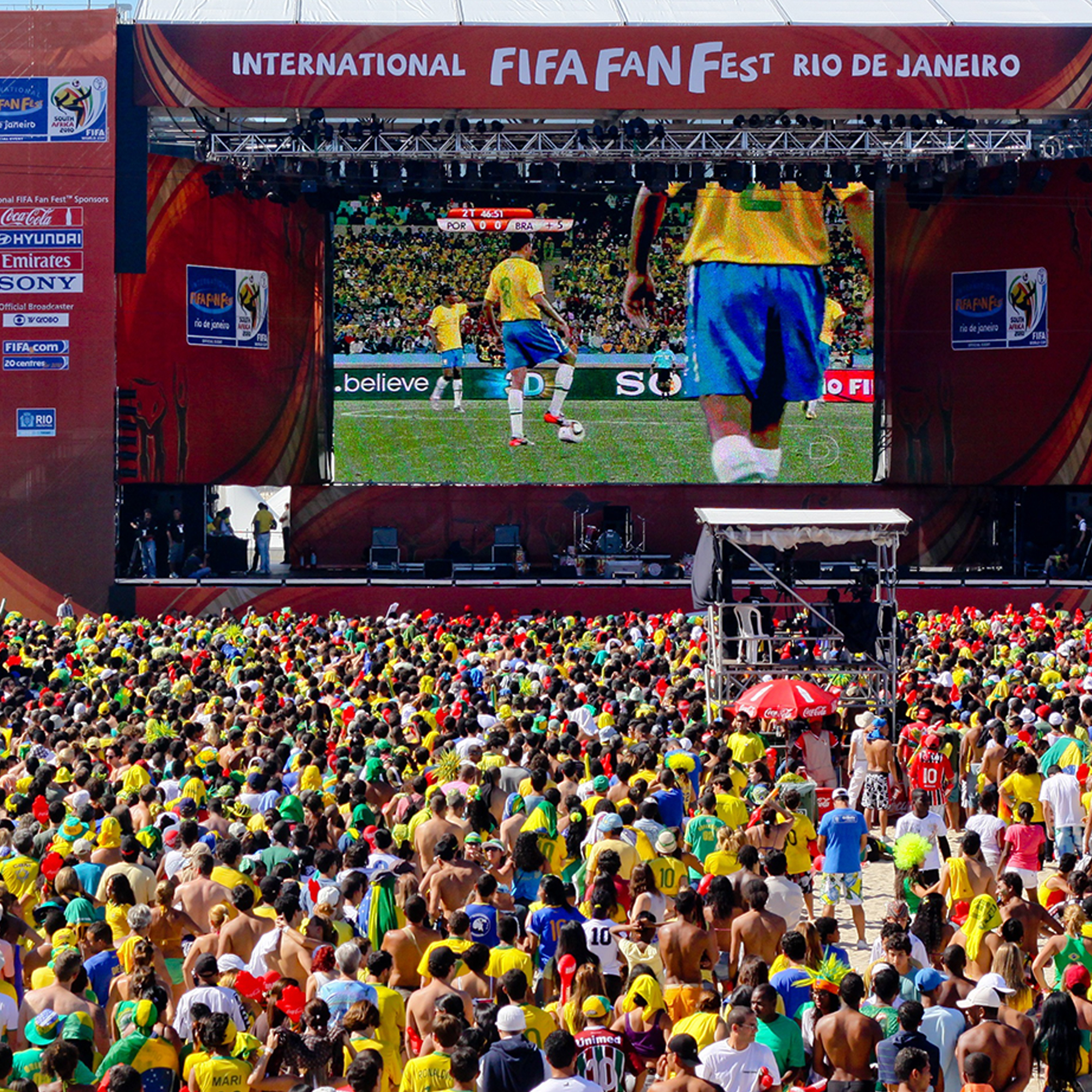 In 2010, apart from the 9 South African cities, the FIFA Fan Fest arrived in 6 other places around the globe: Rio de Janeiro, Rome, Paris, Berlin, Sidney and The City of Mexico.

Produced by D+, the International FIFA Fan Fest Rio de Janeiro was a realization of the Tourism Company of the City of Rio de Janeiro – RIOTUR in partnership with FIFA, and the media partner TV Globo.

The event was made possible with the sponsorship of Itaú, Coca-Cola, Hyundai, Sony, Brahma, Oi and Emirates, the state government of Rio de Janeiro, Globo Rio, Globo Esportes and Radio Globo.

The event showed all football matches live in a 120m2 LED screen plus free daily concerts of well know local bands and artists.

“… your efforts paid off and you can be proud with what you achieved in Rio de Janeiro! Your Fan Fest has been a real benchmark to all other locations!”